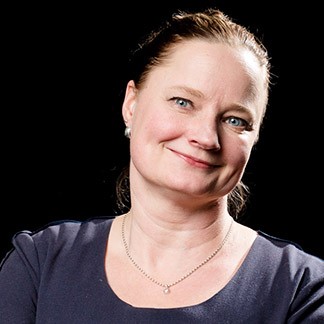 Jaana Sinipuro is the Project Director at Sitra, the Finnish Innovation Fund.

Team Data Spaces is a coalition of leading European players with experience in standardizing, creating and operationalizing data sharing.

In 2018, we at Sitra launched a project with a mission to create an inspiring vision for a human-driven data economy in Finland and the rest of Europe. Sitra’s fair data economy promotion project IHAN® was launched in spring 2018, around the same time as the European Union’s General Data Protection Regulation entered into force.

In February 2020, the European Commission published an ambitious data strategy that defined the steps towards a European internal data market. It described how the establishment of the common data market requires a combination of new kinds of regulation, the organizations’ self-regulation and standards in the EU internal market, as well as cooperation and coordination across sectoral boundaries. The goal is also supported by the digital targets for 2030 published by the European Commission in 2021.

Sitra’s publication “35 Proposals to make the European data strategy work” suggests concrete actions for the European Commission, the Member States, and any data sharing initiative, in research or industry.

Looking back to those proposals I am surprised about the progress and numerous initiatives sharing the same ultimate goal – building an alternative for current data economy models. The future is a team effort. When we share a common goal, it becomes easier for each of us to find our own pivotal position in the team. In this team, government and officials have their roles to play, researchers and companies play their own and even the team’s staff and supporters have an important contribution to make. Every act and every decision takes us to the future. In the making of future, the best result is achieved when the right people and organizations find each other and make renewal possible.

While Team Data Spaces is a coalition aimed at creating a community of practice and drafting the roadmap for pan-European soft infrastructure and data spaces, the Data Sovereignty Now movement is essential in sense-making and awareness-building of an abstract topic like the data economy. Creating a joint vision, not to speak about the implementation of the vision itself, calls for common concepts and terminology like data sovereignty.

Over the last three years, the operating environment has changed enormously. Europe has risen to defend its position in the data economy, and the objective of building a fair data economy has gradually become a joint European project. Many parties around Europe are joining forces to build regulation-based technical and procedural solutions to promote the responsible use of data. If we truly want to challenge the dominant models of state- or company-driven data economies, we need to ensure human-centricity in our design, therefore I personally see as essential the active role of MyDataGlobal (link https://mydata.org/) in molding the future model for the fair and human-centric data economy.

A European data economy is built through constant interaction among decision-makers, companies and civil society. However, it requires actions and activity from many different parties. Decision-making should not only support but also demand changes in companies’ operating methods and models. Companies need to be active in integrating the responsible use of data as a prominent part of their strategy and operations. Consumers’ understanding of this topic should be improved. In addition, consumers and civil society must apply pressure to those using their data and demand a more responsible data-use culture that better takes the individual’s rights into account.

Entrepreneur and futurologist Peter Diamandis stated that the rate of innovation is such that ‘In the next 10 years, we’ll reinvent every industry’ Technological progress is so fast that the field experts and decision-makers need to be in close and continuous dialogue to master the future. It is time to take our future into our hands and in doing so, rely on collaboration.