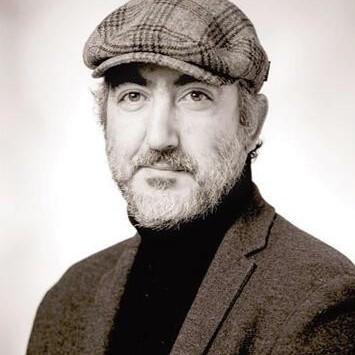 Emre Bayamlıoğlu is a researcher at Tilburg University, the Netherlands. He is also an external fellow at Vrije Universiteit Brussels.

Team Data Spaces is a coalition of leading European players with experience in standardizing, creating and operationalizing data sharing.

In November 2020, the European Commission adopted the Proposal for a Data Governance Act (DGA). It is its first legislative initiative under the 2020 European Data Strategy that aims to reinforce the single market for data. The objective of the DGA proposal is to set the conditions for enhancing the development of the common European data spaces by bringing trust in data sharing and data intermediaries. In that respect, the DGA proposal lays down an overarching framework relevant for all common European data spaces while leaving room for the application of sector-specific rules.

Data is an essential resource for data-driven innovation, allowing for the development of personalized and inexpensive products and services.  While an increasing amount of data is being generated through the use of digital devices and services, the cross-border availability of such data remains too limited due to the lack of a data sharing framework in the EU. As a result, the EC fears that the European economy will increasingly depend on third countries, in particular for the development of the Internet of Things and Artificial Intelligence systems. There is therefore a need to leverage the potential of data for the EU economy and society by fostering data sharing across the European digital single market.

Legislative proposals of the European Commission

The DGA proposal is part of the general digital strategy of the European Commission that should materialize in several legislative proposals complementing each other. The DGA proposal is most closely related to the upcoming Data Act expected to be proposed in 2021. While the DGA proposal deals with the governance framework, the Data Act should introduce new substantive rights on data, in order to solve the question of who is entitled to access and/or control which data.

The European Commission’s digital strategy also encompasses two other legislative proposals, released around the same time as the DGA proposal: the Proposal for a Digital Market Act (“DMA proposal”) and the Proposal for a Digital Services Act (“DSA proposal”). While the DGA proposal is expected to deliver fairer data processing practices and regulate the behavior of actors engaged in data sharing, at the same time the European Commission seeks to tackle the data-driven (market) power of ‘Big Tech’. This is covered by the DMA proposal that aims to promote effective competition in digital markets. To do so, the DMA proposal is based on 2 pillars :

The adoption of the DGA proposal by the European Commission is based on the observation that the following prevalent obstacles interfere with data sharing.

Firstly, while data intermediaries in the broad sense (such as data marketplaces, platforms, trusts, and personal data intermediaries) can facilitate data sharing, lack of trust in their services limit their scaling-up potential.

Secondly, there are several technical and legal issues related to the re-use of public sector data, especially when data are subject to the rights of third parties. An example can be personal data protection or intellectual property rights. Public sector bodies often do not have the capabilities to design technical mechanisms aimed at finding the right balance between making data available for re-use, while protecting the rights of third parties.

Thirdly, while individuals would be increasingly willing to share ‘their’ personal data “for the common good and research”, such initiatives would remain under-developed if there are no data sharing mechanisms in place, such as clear rules and processes at EU or Member State level. The lack of a proper legal environment impedes the activities of the organizations conducting such data-sensitive activities.

Finally, the European Commission points to many technical problems that hinder data sharing, such as the lack of cross-sectoral interoperability, the limited ability to obtain reusable data, and the uncertainty about data quality.  That is also why with an increasing digitalization of the economy and society, there is a risk of uncoordinated legislative intervention among the Member States that may, in turn, lead to fragmentation of the internal market.

Main pillars of the DGA

With the DGA proposal, the EC aims to enable the emergence of an “alternative model to data handling practices of the Big Tech companies”. This model should “meet new market demands and allow the EU to become more competitive in the data-driven world economy”. It should further “be built on a division of functions and the development of common European data spaces as collaborative ecosystems in which data would be usable by a broader range of organizations […] based on a collective governance of data sharing”. To prevent fragmentation between the Member States but also between sectors, the DGA proposal establishes a ‘European Data Innovation Board’, which will oversee supporting data-driven innovation.

The White Paper on the Data Governance Act offers an academic perspective to the discussion about the DGA proposal, as adopted by the European Commission. It provides a critical legal analysis of the DGA proposal, and it formulates recommendations to amend shortcomings that were diagnosed.

This article was written with the support of Nora Gras (IDSA).